Britain’s Atlantic Oakwoods are the most extensive remaining fragments of an ancient woodland type that was once more widespead around the oceanic western rim of northern Europe. Often described as ‘temperate rainforest’ due to their wet, humid climate and abundance of lower plants and ferns, they have a particularly high nature consevation and scenic value. In past centuries, they were regarded as an important resource by local communities but have declined with the cessation of traditional management and the development of new threats during the 20th & 21st Centuries.

Within Europe, Atlantic Oakwoods are restricted to oceanic coastal fringes of the British Isles, France and Spain, with most of this resource occuring in Western Britain.

Atlantic Oakwoods have a long history of local management and utilisation and were highly valued by the people who lived in and around them for providing grazing and shelter for livestock, a renewable supply of firewood and timber, plentiful wild game, charcoal for iron smelting and bark for tanning leather.

By the beginning of the 20th Century this continuity of traditional management that helped to ensure their health and survival had largely ceased. As a result of this, together with increased grazing by deer and sheep, invasion by Rhododendron ponticum, bracken and the planting of fast growing commercial conifer crops, the condition of most Atlantic Oakwoods has declined.

Cormonachan Community Woodlands are 63.9 hectares including a 8.9 ha PAWS area of Atlantic oak & hazel woodlands and have the status of being Ancient Semi Natural Woodlands (ASNW) being preserved for Education, Conservation and Recreation, with oaks around 300 years old or more and with areas of old coppiced hazel probably from around 100 years ago. 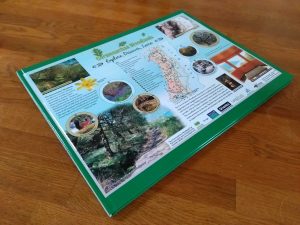 Cormonachan Community Woodlands Ltd’s Members may borrow this high quality photo book covering the years 1998 to 2018 from the Chair or Secretary. This photo book can also be ordered at a cost of about £36.00 plus postage (12 copies have already been ordered & supplied to members). 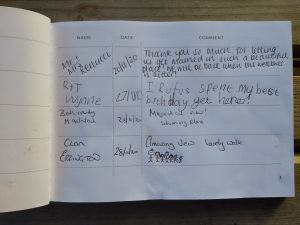 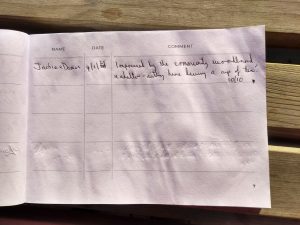