The Cormonachan Community Woodlands, situated on the west shore of Loch Goil half way between Lochgoilhead and Carrick Castle and is in the Argyll Forest Park and the Loch Lomond & The Trossachs National Park.

The Cormonachan Community Woodlands (Scottish Charity No: SC050840) are 63.9 ha (158 acres) of ancient Atlantic oak & hazel woodlands
and part of Scotland’s Rainforest and have the status of being ‘Ancient Semi Natural Woodlands’ (ASNW)
being preserved for Conservation, Education and Recreation, with oaks of 300 years old or more
and with areas of old coppiced hazel probably from at least 100 years ago. 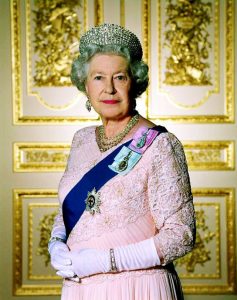 The Walking Theatre Company will perform in Cormonachan Community Woodlands
at 2 pm for families “The Wonderland Adventure”
and for adults at 7 pm – “Macbeth the Red”
Transport will be available from the Lochgoilhead car park.
Book your FREE tickets by clicking the links on our Events page – https://www.cormonachan-woodlands.co.uk/events/

Both performances, including the adults’ William Shakespeare production, are being organised in conjunction with Argyll Arts Collective.
We have obtained funding for these events from Argyll & Bute Council’s Supporting Communities Fund so attendance is FREE…

FANTASTIC NEWS to report…!
We are absolutely delighted to report that we have now been offered the full funding for the “Upper Cormonachan Heritage Paths Project” amounting to £253,146.00 for the construction and a further £32,306 for a 3-year part time Heritage Developer (£18,000 through Ardroy OEC) and the balance for training, promotion, etc. from the National Lottery Heritage Fund, NatureScot (Scottish Rural Development Programme) through their Agri-Environmental Climate Scheme – Improving Public Access and local donations of £18,400 from Lochgoil Community Trust and our Members and Supporters.
All Members of Cormonachan Community Woodlands Ltd. have been advised in Members Update No 51 dated 28th April 2022.
The first comments we have received back this week can be read here – Upper Cormonachan Heritage Paths Project Comments.
We hope the contractors, McGowan’s of Aviemore will be able to commence construction on or before 1st September and complete the contract by 31st December 2022. The new paths will be formally opened early in 2023.
The “Upper Cormonachan Paths Project Fund” has now reached £18,400.00 as at 23rd July 2021 from members and other donations. Cormonachan Community Woodlands Ltd has now raised more than the 5% of the construction costs that is £12,657.33 . the paths construction cost of £253,146.66 inc. 20% VAT required major funding. We have now received three funders for grants for the balance of £235,859.42 inc. 20% VAT in June (funding has been approved from three funders – National Lottery Heritage Fund for £160,173.00 on 28th May 2022 and £106,879.20 on 24th December 2021 from Agri -Environmental Climate Scheme – Improving Public Access through Scottish Rural Development Programme (NatureScot/SRDP) plus an additional £900.00 from Lochgoil Community Trust that’s included in the local raised amount of £18,400.00).
”Upper Cormonachan Heritage Paths Project”
For the Conservation of Upper Cormonachan, the 16th century Medieval Settlement and access to view the beautiful Cormonachan Falls with 2 km of new access paths with 5 bridges and four viewpoints from the Contemplation Shelter by the existing 2.5 km of paths and joining up with the forest road to the west of the woodlands and a new car park by Cormonachan Burn road bridge to commence from in 2022 and be completed by 31st December 2022.
For full project details, click on this link:-
https://www.cormonachan-woodlands.co.uk/cormonachan-history/future-projects/

or contact the Secretary, Cormonachan Community Woodlands Ltd at Secretary@cormonachan-woodlands.co.uk
***************

Cormonachan Community Woodlands was on BBC Television’s ‘LOGGERHEADS’ on Thursday 17th March 2022 on the BBC Scotland Channel and on BBC 1 (Scotland) on Monday 21st March 2022. If you missed it it is on BBC iPLAYER for the next year.
We are in Loggerheads, Series 1, Episode 5 of this woodlands series of six 30 minutes programmes that commenced on 17th February 2022.
Watch Loggerheads Episode 5 here

Much of the area of Cormonachan Community Woodlands had been under planted with Sitka Spruce by Forest and Land Scotland in the past.  Many of those areas were felled in the late nineties and later in 2006 and are continuing to be now and into the future. New planting of oaks, rowan, hazel, birch  and other native trees have been and are taking place with 679 native trees planted over the last 18 months and a further 210 to be planted over the next few years.

Rhododendron ponticum and bracken (invasive species) have increased in quantity especially in the northern felled section of the woodlands, however a programme of clearance funded by the Loch Lomond & The Trossachs National Park is reducing much of this now with most being completely cleared by the spring of 2022.

Bluebells abound throughout the woodlands along with other woodland plants including; primroses, wild garlic, wood sorrel, lesser celandine, honeysuckle, ferns and an array of fungi appear in the autumn.

The most important wildlife to reside in these woodlands are red squirrels and pine martens that are high on the agenda for protection.

This is a joint community woodlands project started in 1998, with co-operation between Ardroy Outdoor Education Centre (then owned by Fife Council), Lochgoil Community Development Trust, Lochgoil Primary School and Forestry Enterprise Scotland (The Scottish Ministers), who owned the original 20 hectare section of the Atlantic Oak Woodlands at that time.  Formal agreement was originally reached in May 2006 for the partnership to be responsible for managing the woodlands to improve their bio-diversity and also to develop them as an education resource.

A new agreement between Cormonachan Woodlands Association founded in 2015, AOEC Trust Ltd. (Ardroy Outdoor Education Centre, now a social enterprise trust) and Forestry & Land Scotland (formally called Forest Enterprise Scotland) was signed in December 2016 for an initial ten year period to 31st December 2026. The new management area of the woodlands has now been extended to 63.9 hectares including a PAWS area of 8.9 ha; a distance of 1.5 miles from Cormonachan Burn to Clach Bhadach by Lochwood on the west side of the road. See the Location page. Since 1st April 2020, the organisation has been converted to a not-for-profit limited company by guarantee – Cormonachan Community Woodlands Ltd. (Company No: SC697915) and is run by a Board of Directors, all voluntary. A 20-year Lease for the woodlands is about to be exchanged  in the autumn of 2020 for the Memorandum of Understanding  with Forestry and Land Scotland, the land owners.

Over the last decade the woodlands area has been transformed with 2.5 km of long walking paths established for recreation with view points over Loch Goil, a red squirrel trail was provided with information points, a resource centre was also built for educational purposes and many volunteers have cleared much of the area of old tree debris, Sitka spruce and rhododendrons.

Since 2018, there is now a Red Squirrel Hide and Contemplation Shelter alongside the Squirrel Trail that are open all year round.

Visitors who wish to visit the Cormonachan Woodlands can park their cars in the car park suitable for 8 cars by the television aerial compound – see Latest News.